You would usually need at least one of the following:

Plus: GCSE passes in three subjects at grade C or above to include Maths and English Language (or equivalent).

Please note that if you do not meet the grade criteria, then age and experience may be able to be taken into consideration.

You may also be asked to attend an interview or audition, take part in a workshop session, or present a portfolio of work as part of the selection process.

This course is an adventure in independent film making and storytelling, focusing on practical low budget film-making skills and production techniques. It's a film-making course taught by award winning film makers.

It has been designed to help you find and develop your voice as a film maker – maybe specialising as a writer, director, cameraperson, producer, editor; or even all of them! The course is a small, bespoke course that aims to develop individual talents and voices – not churn out undergraduates with identical technical skills and nothing to say.

This course is for you if...

... You want to tell stories on a screen, large or small

... You want to develop your skills to progress towards a career

... You want to work with people equally passionate about film making.

We’re not just looking for people who have made films previously. We want people who are bursting to tell their stories – whether on a small screen, or large. Maybe you’re a keen blogger who wants to take it the next level; an aspiring actor who has an amazing story to tell; or a writer who needs to see their ideas on the screen!

What will I be doing?

We believe the best way to learn to how to make films is not to plonk you in a class room boring you with endless PowerPoint presentations, but actually get you to make films – lots and lots of them!

Over your 2 years with us, you'll make at least 50 films. You'll make films in an hour, an afternoon, in a day and in week, with some bigger projects that might take a few months. Some will be awful, a couple might be OK, and one or two might even be brilliant! But along the way, you’ll learn film-making the best possible way – hands on, learning by doing (the only way you can learn film making!)

For starters, we'll ground you in the basics and familiarise you with essential film production kit, starting with your smart phone, before moving onto to expensive broadcast kit.

We’ll show you how to film, edit and even compose the soundtrack for your film through 'hands on' workshops and challenges.

Storytelling is at the heart of everything we do – no one just wants to look at pretty pictures, it's stories that captivate audiences. We'll teach you everything you need to know to tell amazing screen stories – along the way we'll have you doing lots of daft challenges, like writing a comic books and children's stories.

During your time with us you'll make documentaries, drama, music videos, art films, adverts, corporate films, and more as you develop your skills and voice as a film maker.

Structure of the Course:

* Full Program of technical workshops, including lighting, camera, sound recording, editing, dubbing. Also, industry workshops on screenwriting and working with actors (how to get the best out of actors on your films. You'll work with professional actors, who will help you develop your skills)

* Advanced technical and production workshops, including ‘Directing for documentary and drama’. And how to Produce an Independent Movie. We'll familiarise you in everything you need to know to get a funded film made. From developing a commercial idea, to getting the funding, shooting it, to getting it screened and how to win awards

What is expected of me?

To enter this course you’ll need GCSE passes in three subjects at grade C or above, to include Maths and English Language (or equivalent). You’ll also need at least one of the following:

We don't expect you to purchase any equipment for the course – although, we would recommend that you have a smartphone with a videocamera and access to a laptop.

This course will equip you with the skills, knowledge and experience for a career in film making, or to complete your BA (Hons) studies at the University of South Wales.

Applicants may be asked to attend an interview, take part in a workshop session, or present a portfolio of work as part of the selection process.

This course is franchised by the University of South Wales. 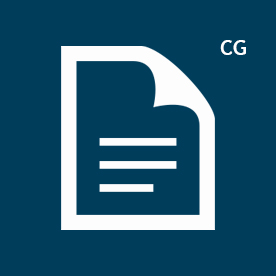 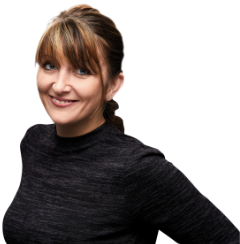 Where can I study Foundation Degree Media Production?

All courses may be subject to change and cancelled if deemed not viable to run.

Have any questions or are not sure if this is the right course for you?